Not Japanese (Spanish developed), but this is one the most promising action platformers to come out in a long time.

Look and feel of an Arcade game from 1985-1987
6 challenging levels, with secrets
14 bosses and more than 40 enemies
50 minutes of gameplay
4 different endings based on merits
Backgrounds, characters and creatures based in medieval myths from Spain and the rest of Europe


Looks to have quite a lot of volume for this type of arcade style game, which is a good thing considering how high quality it all looks so far. Also the new screenshots show that there are some superb looking scenes the author has designed, so the game should be quite exciting to play through: Ara Ararauna, Blue and Gold Macaw, 32-34 inches
They are adaptable, and enjoy being in social situations. They readily become adept at performing tricks, and seem to love doing so. Cost:$900-1400
Top

Look and feel of an Arcade game from 1985-1987
6 challenging levels, with secrets
14 bosses and more than 40 enemies
50 minutes of gameplay
4 different endings based on merits
Backgrounds, characters and creatures based in medieval myths from Spain and the rest of Europe

50 minutes, oh yeah! Not being sarcastic. If only they had modelled the look and feel of it after a Raizing arcade game circa 1994 instead though. Looks very ambitious and well-made, but the artwork is still a bit disappointing, and I can't say I'm that excited after watching the trailer.
Top

Been watching this one for awhile. Their past stuff is interesting and has physical copies but not as appealing as this one.
become history

did any of you guys play the demo? it was too easy, which seemed unfair to judge since it was unfinished product, but looking at the final's trailer it seems about the same. the enemies have very few hp and they aren't nearly aggressive enough, considering the game's source of inspiration; they would probably work perfectly in something like the first castlevania where the hero has a lot of limitations, but here they just done get murdered real quick. i can't remember if you have any air control, but the character moves and fires quite fast. just being able to angle shots up is a huge advantage that makes it much harder to put pressure on the player; you can watch upward shots completely neuter the threat from skittish flying enemies coming in from above on the cart ride sequence.

game has the sprites and crt aesthetics down so well, though, and a damn fine visual style.
Top

I also went ahead and cleared the guys previous major release Hydorah. Cant believe I ignored it for so long, its brilliant. Totally on par with the absolute best of the Japanese doujin works, which of course also means its better than most current commercial games in the genre being released on handhelds and such.

Crazy this guy is releasing this stuff as freeware.
Ara Ararauna, Blue and Gold Macaw, 32-34 inches

The digital manual that the guy is making for the game is looking freakin amazing haha. I hope he makes a physical printing of it when he does the limited boxed release of the game. 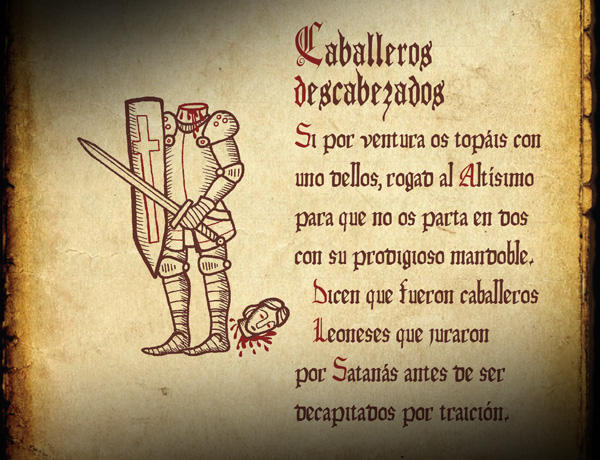 Game's out. It has a huge variety of very creative platforming setpieces, drawing from a wide range of influences. The quality of the boss fights is rather uneven (and WTF is up with Crazy Quixote/Tin Man), but overall it's a very enjoyable and authentic-feeling tribute project. Difficulty is at about a Chou Makaimura level, although you can take three hits instead of two, and health items are fairly common. 1ups are also handed out in certain chests and in the bonus stages. The best weapon for the majority of situations seems to be the axe.

There are these blue gem items hidden at the end of difficult optional paths. I assume the way to get the best ending is to find them all. Some of them require lugging around keys for part of a stage without picking up another item or dying, like in Dracula X: Chi no Rondo.

The Gradius moai heads have a prominent role in stages 3 and 5. It's neat to see them, but I think the designer could have been a little less obvious in his references. I also noticed that a few sound effects were swiped from Makaimura, or recycled from Hydorah.

Yeah I got it literally the minute it was uploaded haha. Everything about it is quality and awesome. Probably played it through about 6 times now, although only my most recent time was I able to see the last stage, which is can only be reached if you find the 5 tears. The last stage is by far the most awesome too (you have to journey through hell), so its worthwhile either trying to find all the tears yourself or just looking up how to find them to see the last stage. I was able to find the first 4, but the one is stage 5 is bullshit. The area where its located I was messing around with for ages because I knew it was suspicious, but in the end I ended up accidentally finding out how to get by watching a vid (the second I closed the vid the guy managed to make it appear haha)

Theres a bunch of other secrets too that are all displayed in a checklist if you reach and clear stage 6. I've found a bunch of them, but not all of them for the best ending.

And whats wrong with crazy quixote? I thought he was one of the coolest bosses in the game

Pretas wrote:There's no mistaking them. Waaay too obvious there, chap.

If this was a Makaimura fangame that would be par for the course, but it's not. Hydorah managed to be a faithful tribute to Gradius without having any overt Gradius references.
Hohe Türme ragen senkrecht und dicht gedrängt gen Himmel
Stahl, Qualm und rauchende Schornsteine
Eine Zukunftgesellschaft im Zerfall
Angeborene Lichtphobie
Vögel in der Finsternis
Top

Awe shite, when I wanted to buy a boxed copy it was not available yet to buy one. But I rememberd it now and all copies have sold out (8-bit Killer a well, I wanted to buy that one too)!

Anyone willing to sell their?
Top
Post Reply
13 posts • Page 1 of 1

Users browsing this forum: No registered users and 19 guests